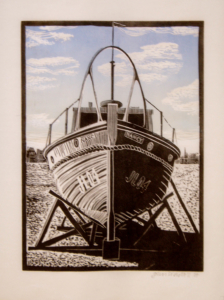 The formation of Bournemouth Arts Club in 1920 stemmed from an idea by the head of the Municipal Art College and was subsequently brought to life by the enthusiasm and dedication of the college tutors and students. It provided a focus of excellence for the visual arts by bringing together those who practise with those maintaining a lively interest in current developments.

Throughout its history the club has put on regular exhibitions for its members. Some exhibitions also featured the work of eminent artists alongside that of the club members. These included Paul Nash, Graham Sutherland and Augustus John. Henry Lamb was President and Lucy Kemp-Welch was Vice President for a number of years.

In addition there were loan exhibitions featuring work by famous artists from outside the area.

A series of lectures by eminent speakers including Sir John Betjeman, David Hockney and Sir Hugh Casson amongst many others, helped to heighten an interest in visual expression. The series continued for an amazing 25 years. 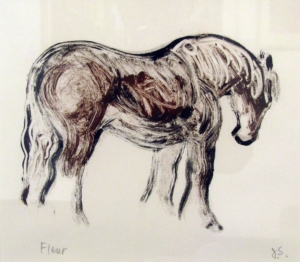 Exhibitions have always provided a core activity, these being held in notable spaces such as The Russell-Cotes Museum & Gallery, the Seldown Gallery at Poole Arts Centre, the Guildhall, Winchester, the St Barbe Museum and Art Gallery, Lymington, Town Mill at Lyme Regis and in the Lighthouse Gallery, Poole.

The traditions of BAC coupled with its evolution and renewal, led in 2002 to the adoption of the title ‘Southern Contemporaries’ as exhibiting name for the organisation, with the intention of reaching as wide an audience as possible in serious artistic venues both within the region and beyond.

This fusion of proud tradition with evolution brings BAC into the 21st Century as the club looks towards its Centenary in 2020.